Our winter has been mild, dry and almost storm-free. Then, Dudley and Eunice arrive within forty eight hours. 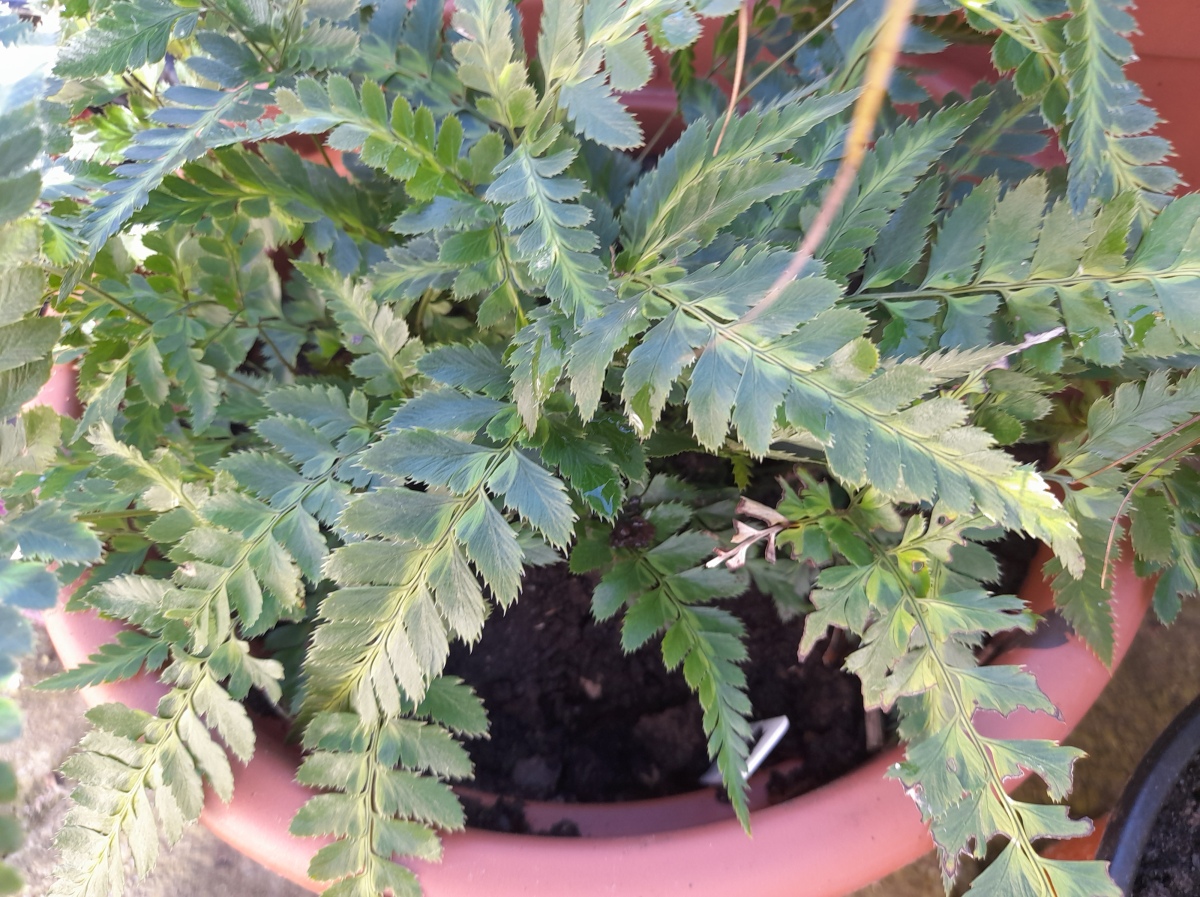 From my time in Dublin back in the seventies, I know what it’s like to wait for a bus. I’ve waited and waited, and then two arrive at the same time. You’d imagine that would be greeted with relief. But no. The appropriate response would be to complain about mismanaged scheduling.

Fast forward to the twenty-twenties. Our winter has been mild, dry and almost storm-free. Barra was a rough one in early January, whereas Corrie was much ado about nothing. Then, Dudley and Eunice arrive within forty eight hours. This climate lark is the pits. I feel like complaining. However, because my glass is half full, I remind myself that life is better whenever I find a way to turn a negative on its head. Let me think… two busses, two storms… yes, I’ve got it! Two garden centre visits!

My first purchase was a Pieris japonica Little Frosty. It will grow to about 40cm if I take good care of it. I’ll do my best.

Next up is a little Tiarella. Someone within the Six-on-Saturday gang sang its praises very recently. I just can’t remember who to thank, so it’s a general thank you to whoever! Known also as Foamflower, this variety is Pink Skyrocket. It looks very much like a pink rocket. According to a few articles I’ve read, it shouldn’t be in flower until March or April. It’s a dainty little thing. Four things to bear in mind…

In the likely event that we have a Foamflower expert among us (probably the unknown singer-of-praises), would that mean that I’d divide it next spring before flowering or wait until flowering has finished?

The weather forecast was that Eunice would be worse than Dudley, so I popped the delicate Tiarella into the glasshouse for protection. Interestingly, storms are named alphabetically and every second one is male/female. The female ones are the fiercest!

Better known as Leatherleaf Fern, I very much like the shades of green along the central vein of each stem. I’ve potted it up and will need to watch out whenever heavy frosts are forecast as it may not be fully hardy. It’s been awarded AGM status by the people who award such things.

At present, it’s just a little thing. But when mature it will get to about a metre. I also note that it grows best in a peat/sand mix. Too late now, but later in summer, I’ll be repotting it and at the same time hoping to make two plants of it.

The first few trays of seeds are now seedlings. There’s lettuce, Rudbeckia and Gaura. They germinated quickly at 18°C. Still in the heated propagator are Foxgloves, more salad and Pennisetum.

I’ve about four more to start before the end of the month and when March arrives, there’s going to be a traffic jam! Luckily, the propagator is about 40cm tall so I’ve turned it into a two-storey by making an internal floor on stilts. Altogether, I can fit eight standard trays and by the middle of March it’ll be like a conveyor belt. As soon as seeds are germinated, the tray gets moved to the glasshouse and another tray is prepared in its place. I just need to be attentive for any frost forecast. In that case, I’ll give the ones in glasshouse extra night protection. I lost a few trays last year so I know what needs to be done.

It’s another Pieris japonica. This time the variety is Polar Passion. This one will grow slowly to about 80cm. Once again I’ve surprised myself, as I’ve never had Pieris in the garden before. Now I’ve got two.

Pieris is also known by other names… Andromeda and Lily of the Valley.

A Feast For Summer

I lost the run of myself. Having selected these four packs, I thought to myself… Why not lose the run of myself? It was a super thought so I acted upon it without hesitation. A few minutes later, I had six packets of the Begonias and three Dahlias. All in all, 18 Begonias and 3 Dahlias. I may have to extend the garden upwards. I’ll certainly want to buy large pots for the Dahlias.

That’s it for this week, a cháirde. Until next week, I hope that all will be well in your world. Slán go fóill.

What’s this Six-on-Saturday thingy? We are a group of gardeners who write. We write about six items in our gardens, and we do it on Saturdays. Sometimes we report on fierce female storms. I love reading about and seeing other gardens from as far away as New Zealand, Tasmania, USA, Canada, Belgium, France, Britain and Waterford City. Many more choose to publish on Twitter and Instagram using the #sixonsaturday hashtag. You can find out more about it here.