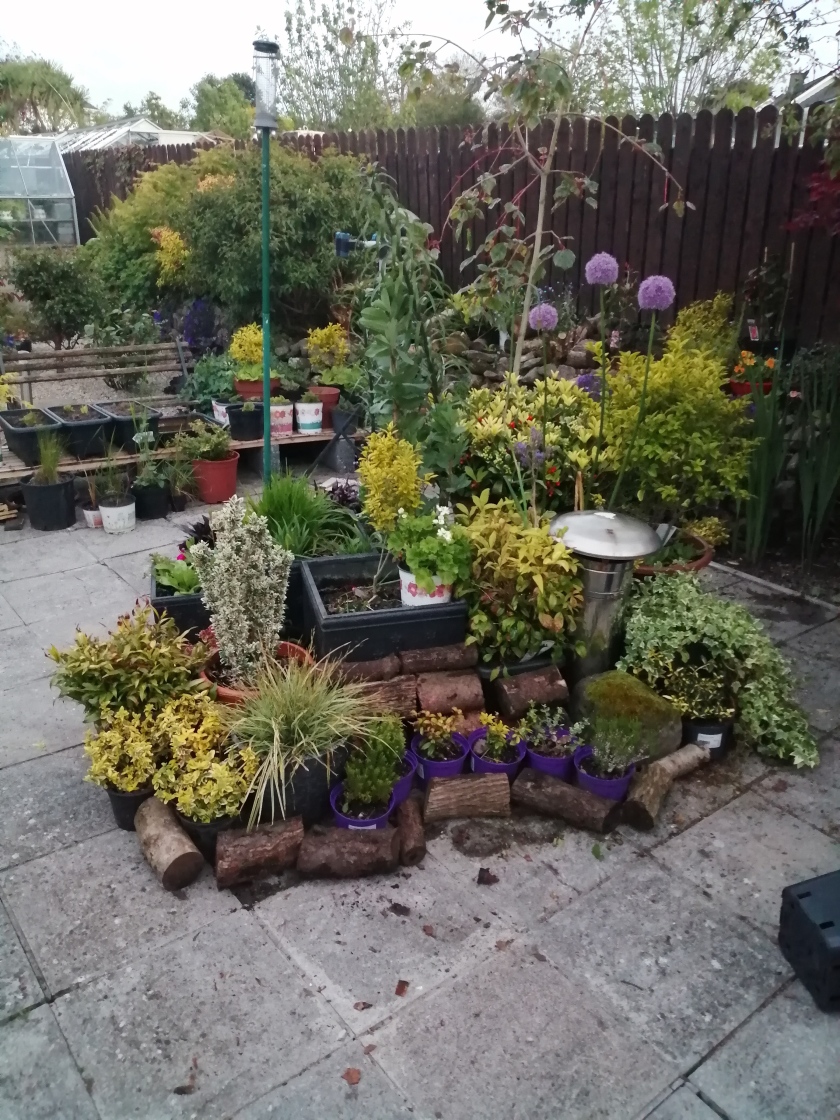 There’s just no accounting for taste. That’s my overwhelming reaction when I look at a particularly barren garden not so far away from me. It is entirely bricked over, growing only moss. On the other hand, it’s likely that the lady who owns it might be saying the same about me! Why on earth does he grow all those yokes? Wouldn’t it be easier to just cover it with concrete and grow moss?

There are no slugs, snails or other unwantables. It’s a no-fly-zone for birds, whereas I’ve got territory wars aplenty.

Sunday might last, and on Thursday I was on slug patrol. It’s like trying to keep the tide out. If I were spotted, with torch in one hand and scissors in the other, many questions would arise about my sanity and my bad taste.

During the week, I read Eddie Cantwell’s article in the local paper about the extreme poverty in this area in the late 1800’s. Later, with torch and scissors in hand, the thought occurred to me that gardening was for the rich folk. The mighty estate gardens of the gentry were a poke in the eye to a starving peasant population. I continued my murder of defenceless creatures, but didn’t sleep well.

So, to lighten my mood, I’m picking six items from the garden. Off we go again this week, and I’m looking forward to catching up on garden activity from near and far timpeall an domhan. You can tap this link to visit The Propagator’s blog or check out @cavershamjj on Twitter. You’ll find plenty writers linking their Six on Saturday garden selection in the comments.

I have spent many years improving my little plot, but the Irish tenant farmers received no compensation or reduction in rent for their labours. In addition, I’m mindful of the housing crisis here in Ireland. So many people are unable to buy a house. In this regard, I consider myself rich. I can continue to grow roses and kill slugs without fear of consequences.

My favourite Rosa Just Joey has come through the unbearable hardships of a cold spring, and is ready to bring joy again. The forecast for this weekend is very good, and I expect the first blooms very soon.

I have a small Bergenia, known also as Elephant’s Ear, in a little corner of the rockery. I’ve seen this same plant, in large drifts, in larger gardens. Following my earlier disturbing thoughts, I’m thinking that so many plants from far-flung corners of the world were brought to Europe by explorers, mostly funded by rich benefactors. I suppose I’m grateful for the vast array of plants now available to me. In these times of cancel-culture, it’s a wonder there isn’t a clamour to have foreign plants removed, as there’s some liklihood they may have been taken from their habitat in an unsavoury manner.

I’m continuing to rearrange my selection of the vast array of available plants in my Patio Potpourri, and in an attempt to recreate the past, I found a photograph (below) taken last July. The area had been rejigged so often, and that’s what appeals to me about it. However, in between my nightly slug episodes, I moved everything as best I could so that it now resembles its former self. My neighbour would surely say that there’s no accounting for taste! I have bedding begonias at the ready to put into the large container. That will complete the picture.

Most plants that are planted at the front of a rockery will tumble down, but Campanula seems to grow in both directions. This one is certainly moving quickly backwards and will meet the Saxifrage next year. There is a weed-suppressing membrane beneath the gravel, so it’s easy to keep the plant contained, and very easy also for me to separate sections of it for planting elsewhere.

Very soon, I’ll need to decide what to do with my favourite Acer. I allowed this to grow too big and there’s no growth low down. This was before I understood about pruning. I’m still unsure about how to prune this correctly, and would welcome expert opinion. It’s likely that cutting off too much would mean that it would take several years to return to its glory.

I located what I had written back in early June last year: Feverfew (Tanacetum parthenium) is also known as Bachelor’s Buttons. It’s good to have a plant that finds the perfect spot and thrives there. Nothing to do with the gardener knowing where best to plant it. I had its parent planted in the rockery nearby two years ago, and I’m thrilled to see that it has seeded itself in several places, mostly in small cracks between the patio slabs. It flowered very freely last summer from its new home, and I liked it very much. This year, there are many more seedling plants among many more cracks, and they seem to be growing very happily.

Here’s a preview of what to expect in early July.

I’ve kept a Christmas basket and will pop a few annuals into it, and I’ll put a few other pots in place around these. I can visualise it, and will update here later in summer.

This completes one full year of Six on Saturday updates from my garden. I’ve loved every bit of it. Many thanks to everyone who reads or comments. I’ve learned so much from so many others. That’s it for this week, but the story continues. Slán go fóill.

For anyone who’d have about seven hours to spare, here’s the entire list of Six on Saturdays, all 53 of them. Have I a particular favourite? Well, my first one is special, I think. There’s no accounting for taste!

The Week That Was

Not garden-related, this is merely to keep a record of events for future reminiscing. 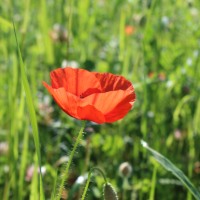 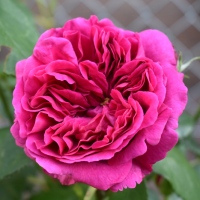 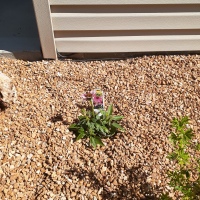 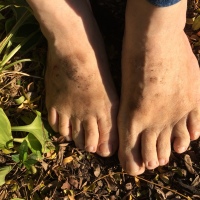 Here's the latest Six on Saturday offering. It's going to be hot this weekend, not just warm. Don't forget the suncream!
The old plant was rootbound and needed to come out, but the pot is smaller at the neck. After many years the two inches of loose stone at the top was welded in to the soil. The magic solution was to over water it to make the job easier.
Resting after a busy morning. Fed for another while. I'm not sure who she is, but very welcome, I'd imagine.
A dull day out, but I'm not complaining. The gardens are looking great.

The gentle art of living with less