It’s been a mixed-up week. There were several beautiful days of spring sunshine, perfect for spending time in the garden. On the other hand, we’ve had two days of high winds, torrential rain and flooding. 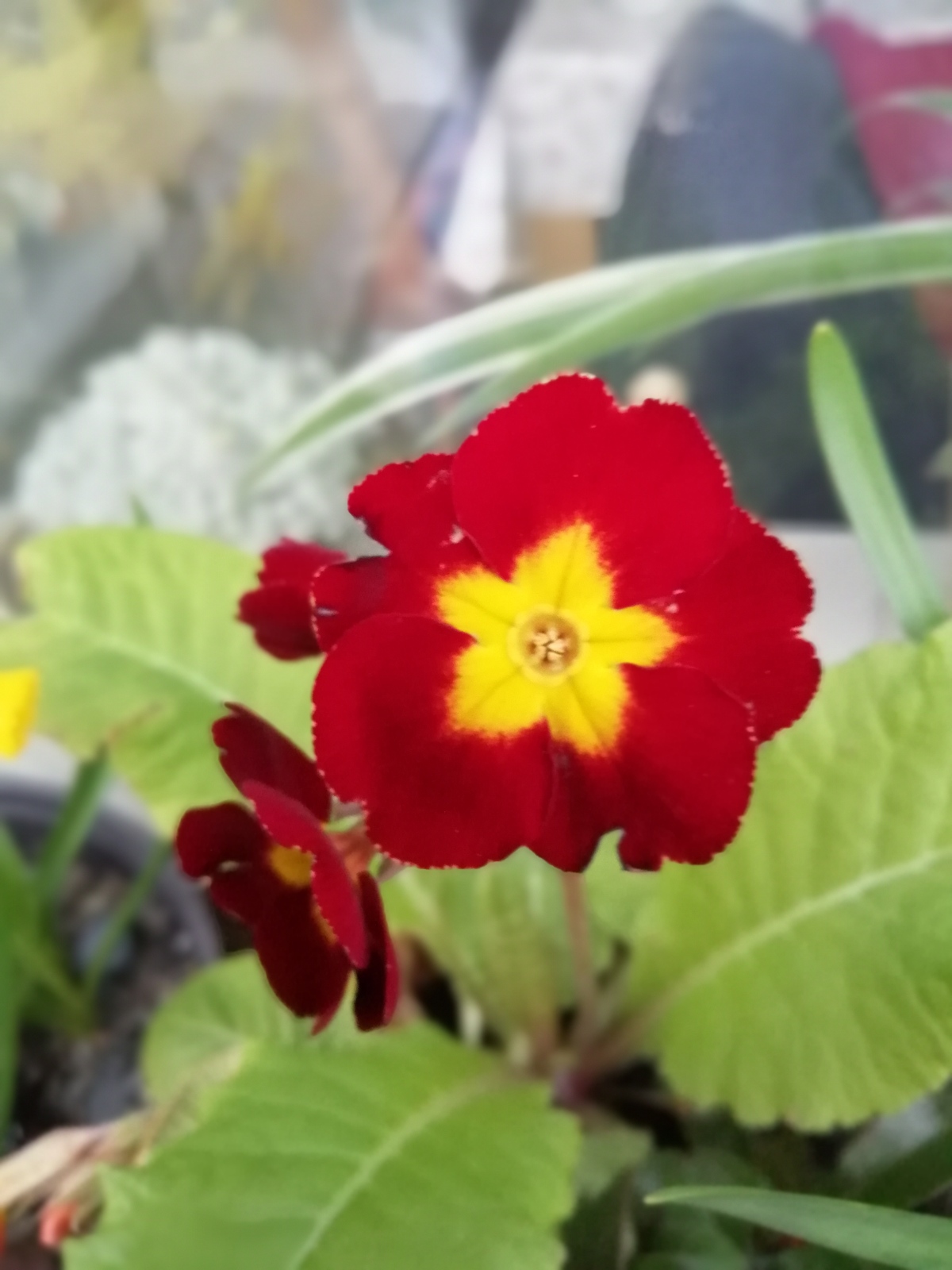 In normal circumstances at this time of the year, my friend Declan and I would have completed two long 200-kilometre cycling days out. We’d have had plenty coffee, laughs and lunch along the way. So far since the start of the year, I’ve barely covered 200 kilometres in the car, as I go round and round within my 5 kilometre zone. In all of this madness, I’m ever so happy to be able to move unhindered through the garden. There are no Garda checkpoints and I’m not required to wear a mask.

So, here we go again for this week’s end of February Six-on-Saturday. All you got to do is follow this link, read Jon’s update and then look at all the links from everyone in the comments. You’ll likely come across mine there, and simply by tapping on it, you’ll end up back here. By the way, tap is the new click for touchscreens. Tapping on an older screen is very therapeutic but gets you nowhere.

I had left the old seed heads of the Agapanthus rather than cut them for the compost heap. Finally Faoi dheireadh, they got the snip during the week, but I couldn’t bring myself to dump them. For the time being, they’ll do just fine here. I’ll plant Sweet Peas and other annual climbers here in May, and even as they bring colour to this bare wall, the Agapanthus shall remain hidden behind.

Patience is a virtue. So goes the old saying. Well, I’m delighted that the polyanthus plugs I bought from Jersey Plants Direct back in September are beginning to flower. At present, they are all in pots and window boxes. Yes, there are 160 of them. Yes, they arrived by post as tiny babies and yes I grew them on carefully and planted them before Christmas. What I like about these ones is that the flowers bláthanna are held above the plants on a stem.

In Nora’s Teach Gloine, the top shelves are almost full. In all, there are seventeen trays of seedlings. Now, it’s time to move to the next step of the process. The Dahlias, Sweet Peas and Osteospermums are ready to be potted on to three inch pots, while the five Tomato varieties will be ready in another week or two. I made a start during the week, and as a consequence, space will be at a premium from now until the end of April. Very soon I will need to store plants on the lower shelves, knowing that they will not get as much light there, so a rotation system will need to be started. I have four rows of shelving on each side, and plants will need to be moved up one shelf every four or five days. Plants on the top shelf will then be demoted to the bottom. I have a feeling that I’ll be moving seedlings in my sleep!

Three Peony roots arrived last November from China, because I ordered them. Logical, really. Having ignored the instructions which advised immediate planting, I got around to it in early January. Last week, my fellow Six-on-Saturday gardener Gill The Gymnist showed her’s peeping above ground. I spent a while walking around practicing swear words as Gaeilge because all I could see here was bare soil. Therefore, when I spotted this on Wednesday, I stopped walking around and put a few bob in the swear jar. (Don’t believe everything you read… I don’t have a few bob to put in the swear jar).

There’s a lot going on here. In the foreground, the broad beans are beginning to stretch so I’ve added some bamboo canes and string to support them. There’s a second batch sown just to the right of them and I expect them to pop up any day now. On the extreme right the autumn-sown onions are doing well and I expect to harvest them in May or June.

The second bed at top of picture is empty folamh* at the moment except for cuttings and pelargoniums in the cold frame on the left. I have a half-door placed on top to heat up the section where the early potatoes will be planted very soon. There’s an old saying here that earlies would need to be in the ground by St. Patrick’s Day. Sounds about right to me. Half doors added in late February add flavour to the spuds.

*Note: In Irish, the combination of letters “mh” is sounded as “v”. There are only 18 letters in Irish alphabet. J, k, q, v, w, x, y and z are not used in native words. Thus endeth the lesson.

Last year, I grew Spinach for the first time. I enjoyed the harvest for many months and resolved to grow plenty again this year, and perhaps a few new varieties too. So, I’m starting with Spinach Perpetual. I’ll be sowing this outside in early April, and in the meantime, I’ll sow it in the heated propagator in the hope of having an earlier harvest. Fine big seeds, so there’s no problem sowing.

When it comes to planting these outside in April, I’m going to make sure they are shaded by larger plants because they are less likely to bolt in shade. The cucumbers will be sown beside them. It’s all planned out.

February’s full moon is known as the Snow Moon, and sometimes as the Hunger Moon. Every 29 years there is no full moon in February, known as a Black Moon. The next one is in 2033. I don’t understand how something that doesn’t happen can be named.

Ireland is experiencing the pain of extended Level 5 restrictions. We continue as we were until the first week of April. We are also experiencing extreme helplessness in bringing about change to Government policy of not giving an adequate damm about allowing contaminated inward flights. Quarantining is not effective because it is recommended rather than mandatory.

On the positive side, Mam got her vaccine yesterday, and the second dose is scheduled for next month. Not a bother, she says.

We are a group of gardeners who write. We write about six items in our gardens, and we do it on Saturdays. I’ve been doing this since last June and I enjoy nothing more than reading about and seeing other gardens from as far away as New Zealand, Tasmania, USA, Canada, Britain and Waterford City. Lest we forget, hundreds more choose to publish on Twitter and Instagram. You can find out more about it here. Six things, in your garden. Could be anything, and frequently is. Do join in.

Sin a bhfuil uaimse don seachtain seo. I’ll be back again next week with another Six-on-Saturday. Thank you for reading. Have a good week. Stay safe. Slán go fóill.

Changing my mind, one thought at a time. When head is good so is everything, including some fast biking and slow gardening. View all posts by Páraig