I am going off on a sporting tangent today, because my county Waterford, otherwise known as the Déise (ancient tribe of warriors who wore blue & white) has qualified for the All-Ireland Hurling Final. The last time we won the cup was in 1959, so it’s a big deal. I was only 14 months old. The final will be played in mid-December. We face Limerick and I look forward to bridging a 61-year gap.

For my benefit to look back on, and for the benefit of anyone unfamiliar with hurling, our national game, reputed to be the fastest game in the world, I’m including a short video of the highlights. We are in blue & white, and looked to be heading for defeat again. However, the tables turned in the second half and we overpowered Kilkenny, our neighbouring rivals. Kilkenny has been the dominant team of the past 20 years. Again, for the benefit of anyone unfamiliar with hurling, a point is scored above the crossbar and a goal below. A goal is equivalent to three points.

I include links to newspaper coverage of the titanic semi-final battle. 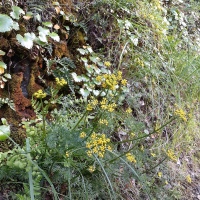 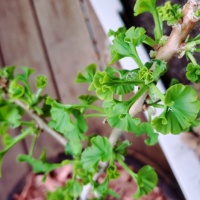 I wonder is it a marketing ploy? Do plants with female names sell better than Bishop's Children, Sweet William, Bachelor's Buttons, Rosa Just Joey or Cotoneaster Tom Thumb? I can't imagine Tom being up to much in the company of the distinguished ladies.
Clockwise from top left: Building castles, Lilies, Royal seeds of the female gender, vibrant red, unfurling ferns and a wasp nest. I think it's a wasp nest, but looking for confirmation.
Lots happening this week. Acer, Camellia, Peas and Spirea.
This week I've got Spirea, Camellia and the possibility of brandy in my coffee. But the star(s) of the show are the four never-before-seen varieties. Full article is in the Smart Bio link. ⬆↖⁣

The ups and downs of the gardening world.